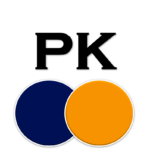 AutoPK is able to include the following components: 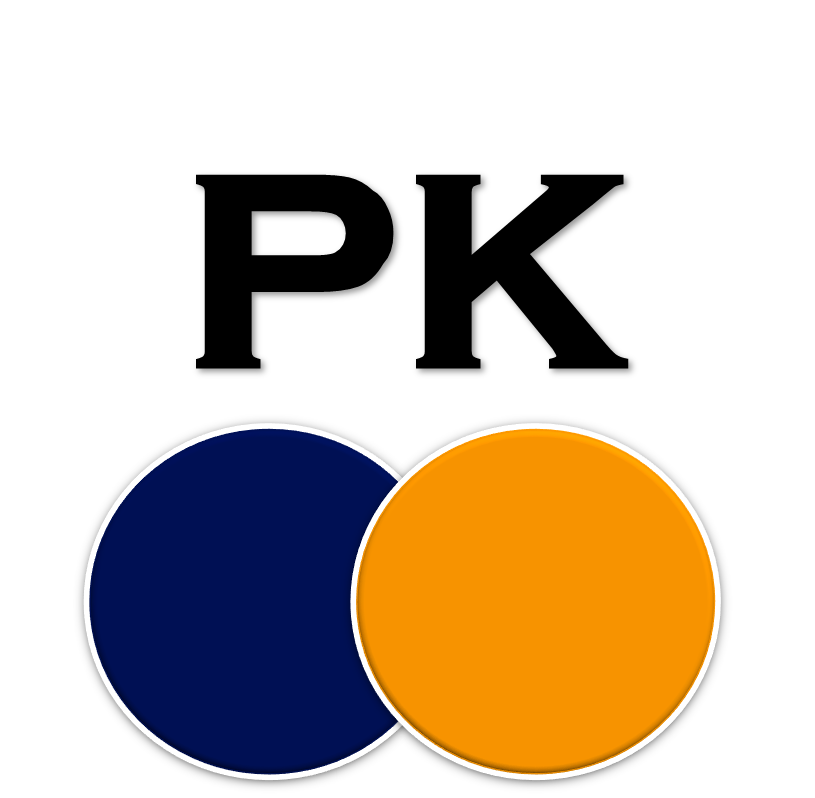 Please report any bugs or problems with the software to (info@pmxsolutions.com).

The main screen consists of 3 tabs: 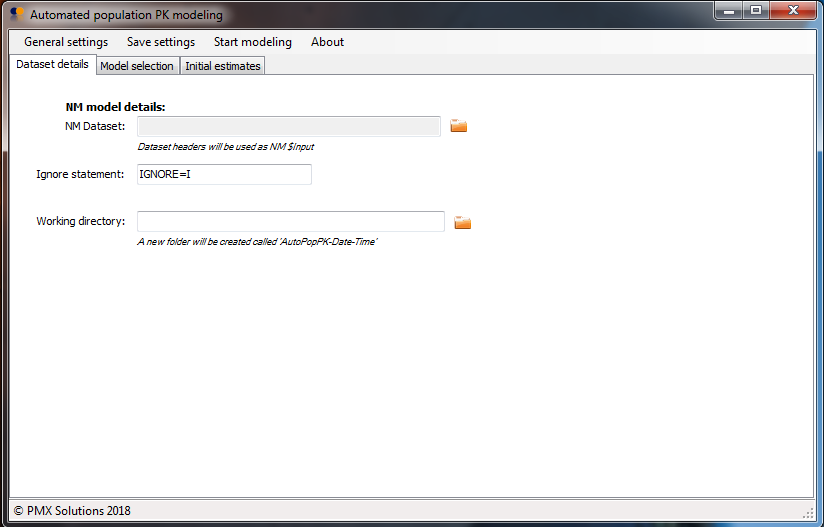 Click on the folder icon to locate your NONMEM dataset. The dataset headers will be copied to the $INPUT block in NONMEM. Therefore, make sure that correct NM compatible headers are used (e.g. not #ID).

Notes on the NONMEM dataset:

The working directory needs to be specified. When the ‘Start modeling’ button is clicked, a new folder will be created in this directory consisting of all the specified models.

In this window, the user can select which models should be created and executed. It is wise to only select 1 model for the first run, to make sure the created model is being executed and there are no errors regarding the dataset. If there is an error, check the generated .lst file in the model folder for debugging.

All combinantions between the selected models will be generated.

Additional functions such as the inclusion of an A_0 parameter (estimate the initial amount of the drug in the central compartment at time point 0), the estimation of bioavailability, lag time, or scaling based on weight can be included in the structural model.

No ETA’s will be estimated in the structural population model, except for the A_0, since inter-individual differences in A_0 may bias the structural model selection. By clicking the ‘Add IIV’ checkbox, a dropdown menu will be visible to specify a single parameter on which variance can be included if this is preferred. 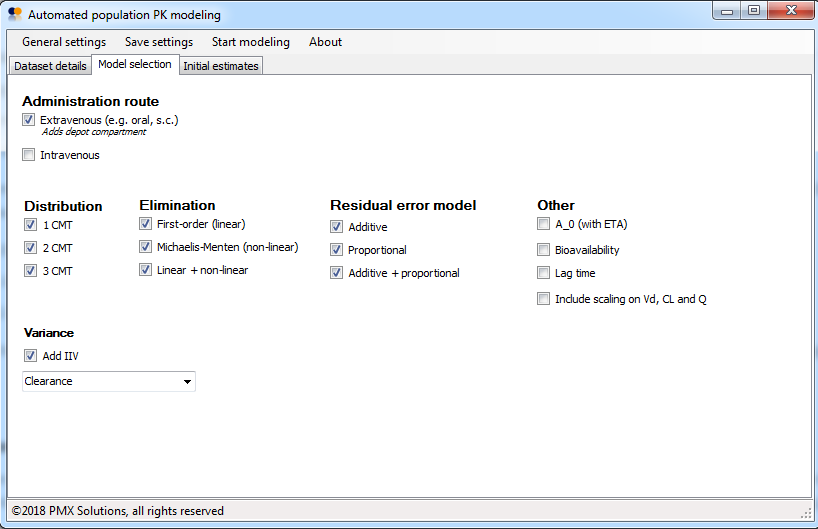 In the settings menu, a preference for ADVAN routines can be selected (6, 9, 13). All models will be executed using the differential equations as defined in a $DES block. Other settings such as the Tolerance, NSIG and SIGL can be defined. For running multiple models in parallel, the number of cores can be selected.

The R location can be included in order to automatically create diagnostic plots (make sure that the ggplot2 package is installed in the selected R version for the script to function). Furthermore, PsN functions can be included in order to, for example, clean the model folder after model execution (-clean=3), tweak the initial estimates or have multiple retries. This is especially helpful when the used initial estimates were resulting in boundary issues.

When the start modeling button is clicked, a new folder will be created in the working directory with all the newly generated model control streams. All models have the correct dataset name, headers, initial estimates, and $TABLE output, based on the input of the user. The user can select whether AutoPK should continue with model execution. Models will be run on the number of cores previously specified after which the status screen will be updated on model completion of each model (MIN = minimization successful, COV = covariance step completed). The sumo function (from PsN) will be executed and creates an overview of the model results in each folder (e.g. Sumo_Result_Model2.csv). After all models are finished, a Results.csv file will be created in the working directory. This lists all the executed models with their results. In each folder, the model output can be found to be used for further analysis.

Upon initial start-up of AutoPK, a diagnostic script will be created in the following folder: %user%\AppData\Roaming\Auto_popPK

If the R executable was specified in the settings menu and the ggplot2 package is installed, this script will be executed for each separate model, enabling the automatic generation of model diagnostics. The working directory for each separate model, the model name and the table output name were given as arguments to the script. This script can be specified by the user to generate additional graphs.